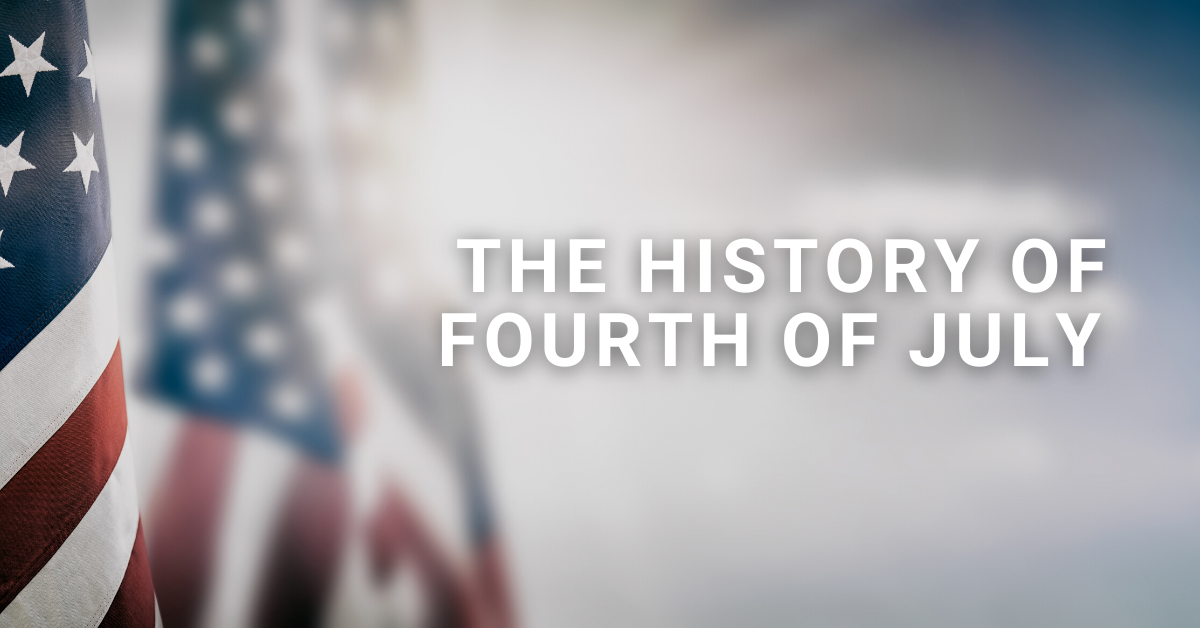 The History of Fourth of July

Why do Americans celebrate the 4th of July? Here is a brief look at its history.

The Beginning of the Revolutionary War

After much debate, Congress delayed the vote, but they created a team of five people to draft a statement explaining why the colonies need to separate from Great Britain.

The Declaration of Independence

Together, Thomas Jefferson, John Adams, Roger Sherman, Benjamin Franklin, and Robert R. Livingstone drafted the Declaration of Independence, and on July 2, 1776, the Continental Congress voted nearly unanimously for independence. The vote was uncontested and would have been unanimous, but the delegates from New York abstained and later voted in favor.

Two days later, on July 4th, the Continental Congress formally adopted the plans for independence, and although the Revolutionary War waged on for several more years until 1783, this day has lived on as the day America was founded.

After the Continental Congress voted in favor of independence, John Adams wrote to his wife that July 2nd would be celebrated for generations to come. Reportedly, he even refused to celebrate July 4th events during his lifetime because he believed the holiday should have been celebrated two days earlier. He and Thomas Jefferson both died on the 50th anniversary of the adoption of the Declaration of Independence on July 4, 1826, making the day even more significant.

Celebrating the 4th of July

During the summer of 1776, colonists celebrated the idea of independence by holding mock funerals for King George III to symbolize their freedom from Great Britain. The first official 4th of July celebration was on July 4, 1777 in Philadelphia. During the celebration, cannons fired a 13-gun salute in honor of the 13 colonies, and when fireworks went off over the city, the display ended with 13 rockets.

For that year and many years to come, people gathered for public readings of the Declaration of Independence, burnt bonfires, fired cannons and muskets, and held parades. During the Revolutionary War, George Washington gave his soldiers double rations of rum on July 4th.

Now, well over 200 years later, Americans still continue to celebrate Independence by gathering with their friends, family, and communities, and we want to wish you a happy Independence Day.